Home / Blogs / Dominoes: More Than a Game, It’ll Help You Get Better at Maths! 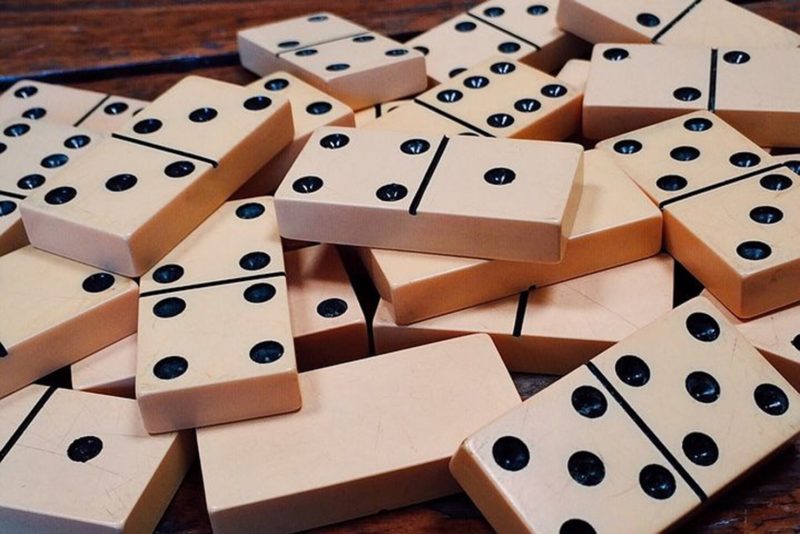 Dominoes: More Than a Game, It’ll Help You Get Better at Maths!

Every time you challenge your friends or family in a game of Monopoly, Yahtzee or even dominoes, you’re using maths!

Studies even show that playing board games can boost your maths skills. Playing games is an ideal way to help children learn to overcome problems by applying core mathematical processes such as problem-solving and logic and reasoning. These important skills can be adapted to all branches of maths including algebra, number theory and geometry. Having a fun time while you learn is a win-win!

An age-all favourite game is dominoes! Playing dominoes is ideal for strengthening knowledge and cementing key maths skills. Students benefit greatly from exposure to the different visual representations of numbers during a dominoes game. While mentally stimulating, games like dominoes also help build bonds between students, teachers, friends, and family.

Young children need plenty of opportunities to learn to recognise the different ways numbers can be presented. For older children and young teens, dominoes can help improve thinking and calculative skills. Outside the traditional straight dominoes game, many other variants can be played in a range of difficulties.

One of the most famous utilisations of dominoes is lining the pieces up and then tapping the first one. causing a “domino effect”. A domino effect (or ripple effect) is the cumulative effect produced when one event sets off a chain of similar events (i.e., all the pieces fall down). There are many world records for toppling dominoes. During Domino Day 2009 the world record was broken for the most dominoes toppled by a group with 4,491,863 Dominoes toppled. This took place in the Netherlands and took 89 people to set up!

It is believed dominoes were created in India, ‘migrating’ through China to Italy in the 18th century. You may even hear dominoes being referred to as “bones”. This is because the earliest domino tiles were made from animal bones or ivory. Some of these antique dominoes sets are still in circulation and can be purchased!

The most expensive set of dominoes on the market these days is from a German company, selling a special set made of solid gold with diamond adornments for $153,000. What a price tag!

ORIGO Education has a range of dominoes products including:

ORIGO Education is motivated to help students feel confident within all branches of maths, with games and practical applications to help cement essential concepts and skills.

The challenge these days is to ensure play does not become a habit involving video games to pass the time. Sometimes you need to help children on their journey of […]
END_OF_DOCUMENT_TOKEN_TO_BE_REPLACED

Happy #Fridayfunday #mathteachers! In this game, students calculate the difference between a pair of two-digit numbers! Utilize play with #mathematics with this free #mathgame from #ORIGO #Education:
https://t.co/SPlpq57Xdl

At #ORIGO #Education we believe that everyone deserves to enjoy #mathematics! Find out how we can help you develop conceptual understanding using a range of powerful visual models - https://t.co/8EuHng66bX